KJ is recognised by WorkCover as a leader in scaffold safety. KJ has played a leading role in the establishment of the Working at Heights policy for BHP Steel (now BlueScope Steel) and is an active member of the International BlueScope Steel Falls Prevention Committee.

A culture of safety with initiatives such as ‘fitness for work’ programmes.

The company employs two fully qualified and certified Safety Officers, who ensure that individual company induction programmes and KJ critical procedure training is carried out. One of our Safety Officers is accredited by WorkCover as an assessor in the field of scaffolding. KJ were represented at the Access Industries Safety and Health Expo, one of Europe’s largest Working at Heights conferences recently held in the UK. Safety is an integral component of the KJ company culture. Our employees all participate in our fitness for work programme ensuring a drug and alcohol free workforce. KJ has achieved over one million man hours LTI free

In the last decade KJ has received numerous safety and recognition awards from Australian Industry Group and Group Training Australia. Examples include; membership of the Alliance Team that completed over one million man hours without a lost time injury, 3 years LTI free, and twice winning the Large Host Employer of the year in NSW.

KJ is recognised by Safework NSW as a leader in scaffold safety. KJ has played a leading role in the establishment of the Working at Heights policy for BHP Steel (now Bluescope Steel). LTI Free since June 2007 over 2.2 million hours.

Our larger clients regularly audit our systems and in comparison with other contracting companies, we consistently maintain high results. As a result of this process and other third party audits being carried out, KJ has now received NSW Government Workplace Health & Safety Management System accreditation. 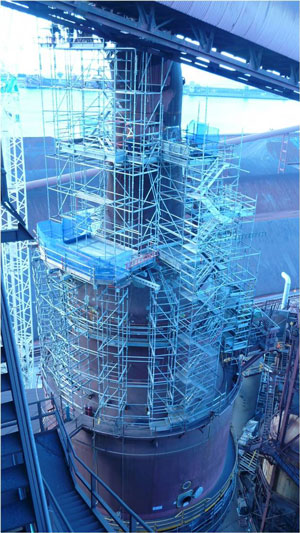 email
Scroll to top
COVID-19: KJ is committed to following guidelines from all relevant government bodies and formulating new draconian work processes for our employees. KJ has created the safest workplaces and continues to offer the highest quality scaffolding service, throughout COVID-19See More
+